What is Tungsten Carbide (WC) ? 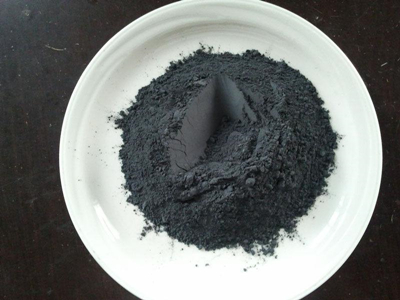 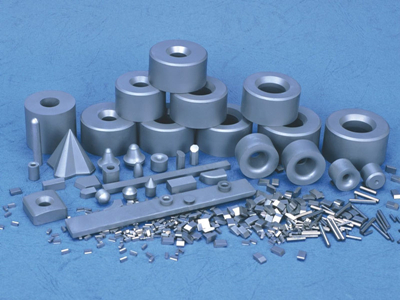 Wolfram Carbide is a black hexagonal crystal with metallic luster and its hardness is close to diamond. It is a good conductor of electricity and heat. Melting point 2870 ℃, boiling point 6000 ℃, the relative density of 15.63 (18 ℃). Tungsten carbide is insoluble in water, hydrochloric acid and sulfuric acid, but it’s easily soluble into nitric acid-soluble - in a mixed acid of hydrofluoric acid. Pure tungsten carbide is fragile, but incorporation of a small amount of titanium, cobalt and other metals, can reduce its brittleness. Tungsten carbide used as steel cutting tools usually has titanium carbide, tantalum or mixtures thereof in order to improve the anti-knock capacity. Chemical properties of WC is stable.

In tungsten carbide, carbon atoms is embedded in the gap of tungsten metal lattice , so it won’t destroy the original metal lattice and form interstitial solid solution. It’s also known as interstitial (or inserted) compound. Tungsten carbide can be made by high temperature processing to  mixture of tungsten and carbon, and presence of hydrogen or hydrocarbons can accelerate the reaction. If prepared with oxygen-containing tungsten compound, the final product must be carried out in vacuum processing 1500 ℃, to remove the carbon and oxygen compounds. Tungsten carbide is suitable to be machined at high temperature, and it can be made into cutting tools,  structural materials of the furnace, drill bits for oil industry, jet engine parts, gas turbine parts, nozzles etc..

Another compound of tungsten and carbon called tungsten carbide Second with formula W2C, a melting point of 2860 ℃, boiling point 6000 ℃, relative density of 17.15. Its nature, the production processes, applications are the same as tungsten carbide(WC).

We have an excellent technical team, our products in quality and quantity will make you satisfied, welcome to buy
CONTACT US
Contact us NOW
Follow Us
OUR PRODUCTS